This week, I utilized Streamlabs OBS to record an EEG and gameplay at the same time, as I described in last week’s post (7/20-7/26).

For Magic: the Gathering Arena, I was able to get a contact rating of 83, as shown in the picture below, but during the first match played this decreased to 66. 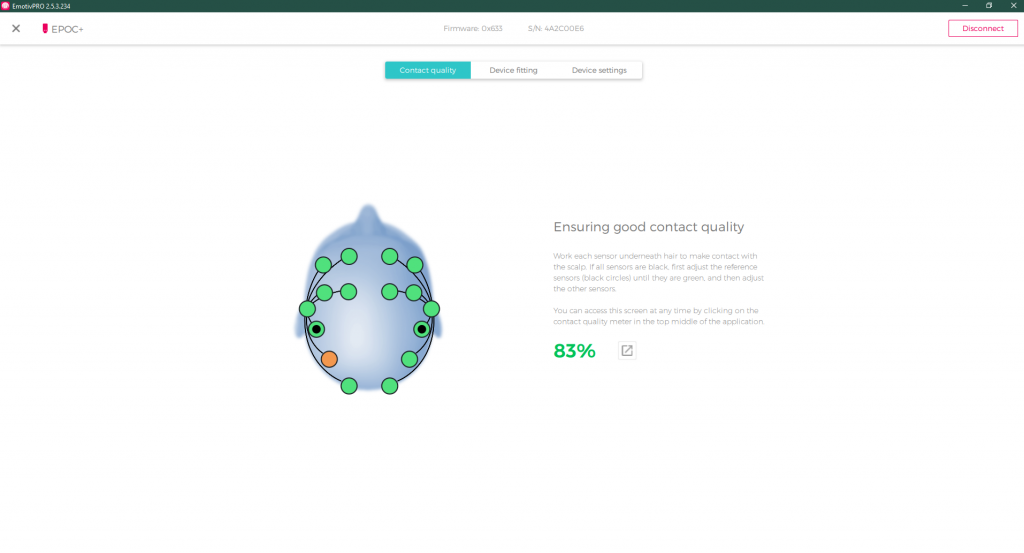 Here is the video of the gameplay and the EEG for reference:

For Apex Legends, I was able to get a contact rating of 100, as shown in the picture below. 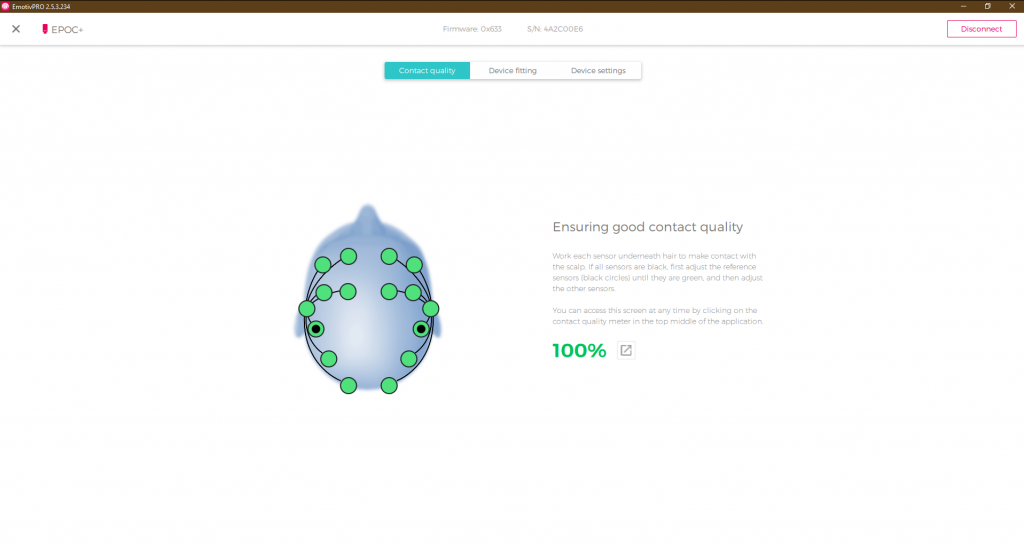 Here is the video of the gameplay and the EEG for reference:

While for Magic the technical problem was in the contact rating, in Apex I found that at the start of each match, the recording of EmotivPRO would freeze even though the actual EEG recording did not freeze. This problem is most likely due to the competition for resources on my computer between Streamlabs and the game itself. Despite this, I was still able to make good observations about brain activity.

While playing Apex, I found that the nodes that were the most active were AF3, AF4, F7, FC5, and O2, similarly to Magic. However, I found that they were consistently much more active than they were in Magic. This is likely because, in Apex, you are in a constant need to be aware in case enemies surprise you, while in Magic the game is much more controlled so your brain doesn’t need to be constantly as aware.

These were the key observations that I made, and in the coming weeks I hope to look into the more.

Last week, I noticed a problem that when trying to compare what was happening in-game to what was happening in the EEG, it would be very hard to make the two in-sync as they were recorded in separate recordings. My goal for this week was to find a way to show both the game and the EEG recording in one video.

In the end, I found that Streamlabs OBS provided a good solution to this problem. Streamlabs OBS is a popular live streaming and recording software that is used a lot among Youtubers and Twitch streamers. In Streamlabs, you can control what is shown on the screen and where it is shown. I took advantage of this to be able to position the game in the bottom left corner while the EEG would take up the whole screen. This way, there would be a good balance between clearly seeing what’s happening in the game without covering up too much of the EEG. 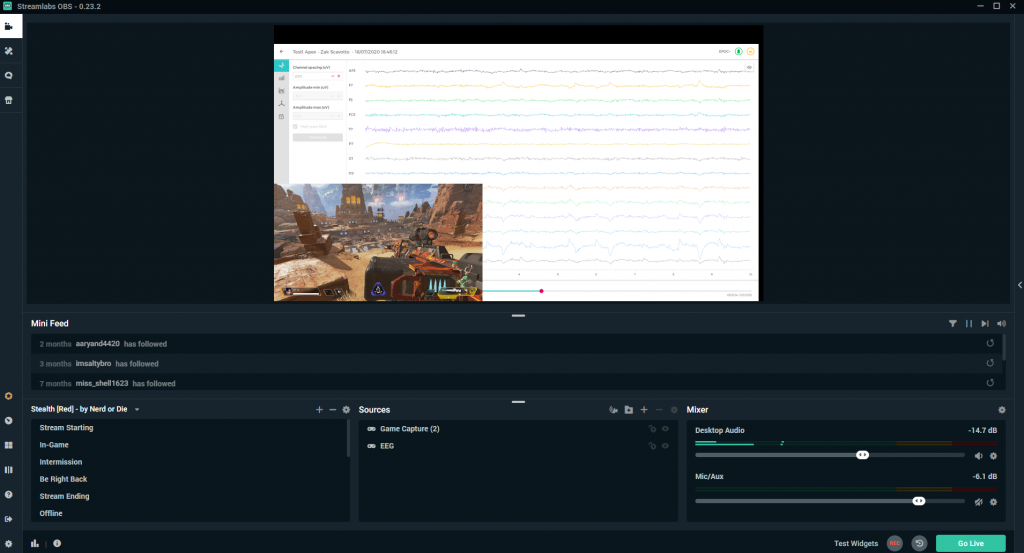 To test whether this would work or not, I went into the Apex Legends firing range while playing back an old recording in EmotivPRO. This way, it would be easy to test how much can be seen in-game while recording an EEG. The results of this can be seen in this video:

I think that this week’s work proved to be a success, and I’m looking forward to using Streamlabs more in the coming weeks.

Today I tested the EPOC+ headset with the EmotivPRO EEG recording software. After a few different attempts, I was able to set up the band with 83% contact quality, as shown in the image below.

After the setup, I decided to take a test recording using Magic: the Gathering Arena to make sure that the EEG would record properly while I was playing the game. To do this, I had EmotivPRO open on one of my monitors while I had the game open on the other, as demonstrated below.

After playing a few games while recording the EEG, I stopped the recording to make sure that the EEG recorded correctly, which it did. A small section of the recording is shown below.